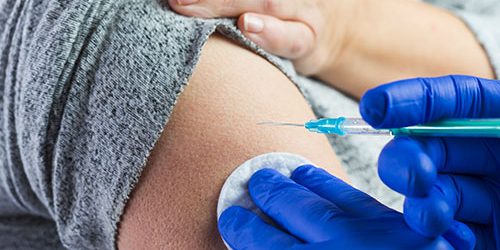 The HIV Vaccine: Why is it not there yet?

AIDS has been prevalent since the 1970s and the disease had reached its peak around the pre-1980s. The particular HIV vaccine has been always a mystery with the question does it exist? Or does it not? The fact is that it doesn’t exist yet, but research programmes have always been carried out to control this pandemic disease since its inception in. With the technological advancements in the year 2019, the HIV vaccine does not seem like a distant dream but sure does have a long way to go.

Why is there no vaccine for Human Immunodeficiency Virus?

Unlike vaccines for polio, measles, and chickenpox the cell structure of the AIDS virus is complex. Efforts have been made to develop a vaccine against HIV in the late 1980s to elicit an antibody response. The HIV mutates rapidly, and its outer spike protein conceals itself from the immune system. Producing a HIV vaccine seemed impossible during that time, but now there has been a little hope in the next five to ten years.

According to WHO, scientists believe that an AIDS vaccine candidate will provide strong protection against the infection if it engages both cell-mediated and antibody immune responses.

The process in itself is complicated due to its envelope protein at individual and population level, the virus has incredible variability evolving itself into many virus sub-types and recombination which deters the vaccine development and makes targeting the viral envelope constituents very difficult.

But before we go detailed into why we haven’t created a vaccine yet, and the process let us learn what is a vaccine?

A vaccine is defined as a substance used to stimulate the production of antibodies and provide immunity against a disease.

Few reasons why HIV vaccine is not made yet:

Good news on the horizon

On a positive note, scientists have been carrying out numerous research projects for the development of this particular vaccine. The most famous one would be the RV 144, which was performed in Thailand. The data from the first HIV vaccine clinical trial to show a positive protective signal were released in 2009. Analysis of the trial showed that the group receiving the vaccine had an infection rate of 31.2% lower than the group that received the placebo. Though this result wasn’t enough to qualify the vaccine for licensure it provided useful pointers for a way forward.

The recent development progress relating to HIV, the human trial is set to begin for HIV. The Chinese Center for Disease Control and Prevention is set to begin its first Phase II human trial for an HIV vaccine, this is one of the first vaccines under testing which contains the DNA of HIV.

The vaccine called DNT- rTV is allegedly reported to have lasting effects due to the DNA it contains. The chief HIV researcher at the center stated that the candidate vaccine relies on the replication of the DNA of HIV to stimulate effective immunization.

The testing team claimed that the treatment is promising as it contains only parts of the virus’s DNA material to reduce the risk of catching an infection. Two Chinese hospitals have been prepared for the trial to enroll 160 patients.

If successful, the trail will continue until 2021, when a Phase III will commence. This gives a lot of hope for the future eradication of this pandemic disease which has been prevalent for years and which is subsequently increased in the sub-Saharan and African regions.

All you want to know about ART – AntiRetroviral Treatment
March 21, 2020