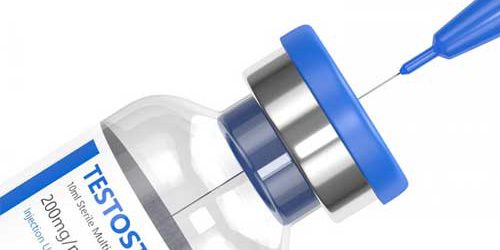 Testosterone Replacement Therapy – Who should get it?

I have been writing about testosterone replacement / therapy (TTh) in my previous blogs. You are all aware that testosterone (T) is the main male hormone responsible for desire/ libido and also strength, virility, muscle mass and bone density in men. It is also known that T improves the response of pde5 inhibitors used for the treatment of Erectile Dysfunction. We know that T can be replaced in various forms like gels, capsules and injections. The biggest question that however remains is who is a candidate for T replacement ?

TTh for men is not standardized . Though there are normal T levels and anybody who falls below the normal range is a candidate for T replacement, this is not a universal rule. This is because men with subnormal levels of T may be normal and people with T levels in the normal range have symptoms. Lab values for T is not standardized. A lot of labs differ based on the testing technique and the calibrator used. T levels may be more during early mornings and may reduce as the day progresses. Hence it is important to determine what time of the day the T value was tested. Also there is a question of what to base T deficiency on. Is it total T or Free T. It is very difficult to test Free T and most practitioners look at Total T. Many use a testosterone calculator and based on total T and SHBG values get a free T value. High LH levels and normal testosterone values may also mean T deficiency according to some and may warrant treatment.